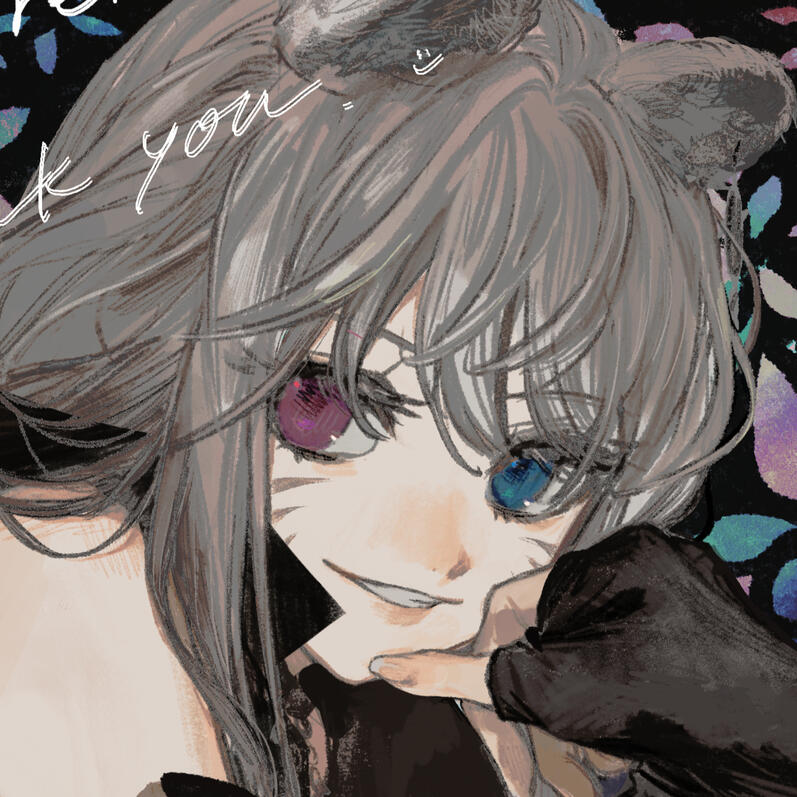 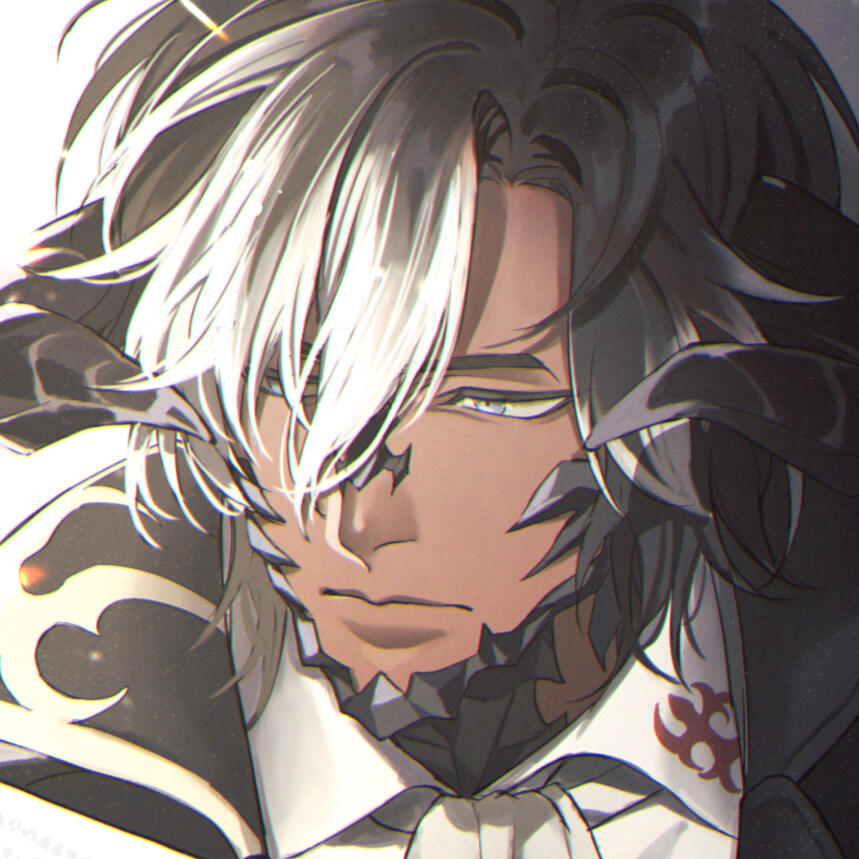 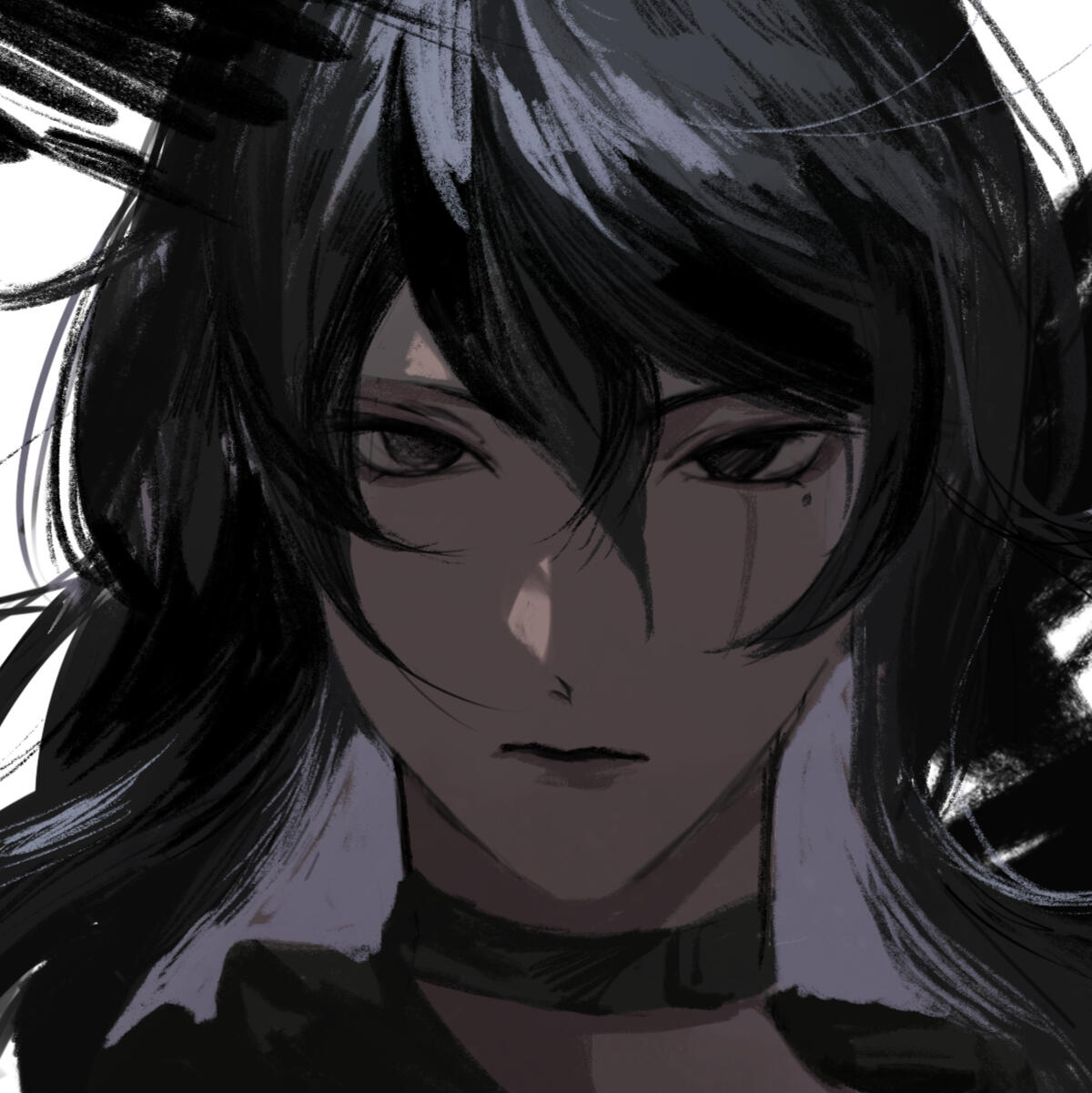 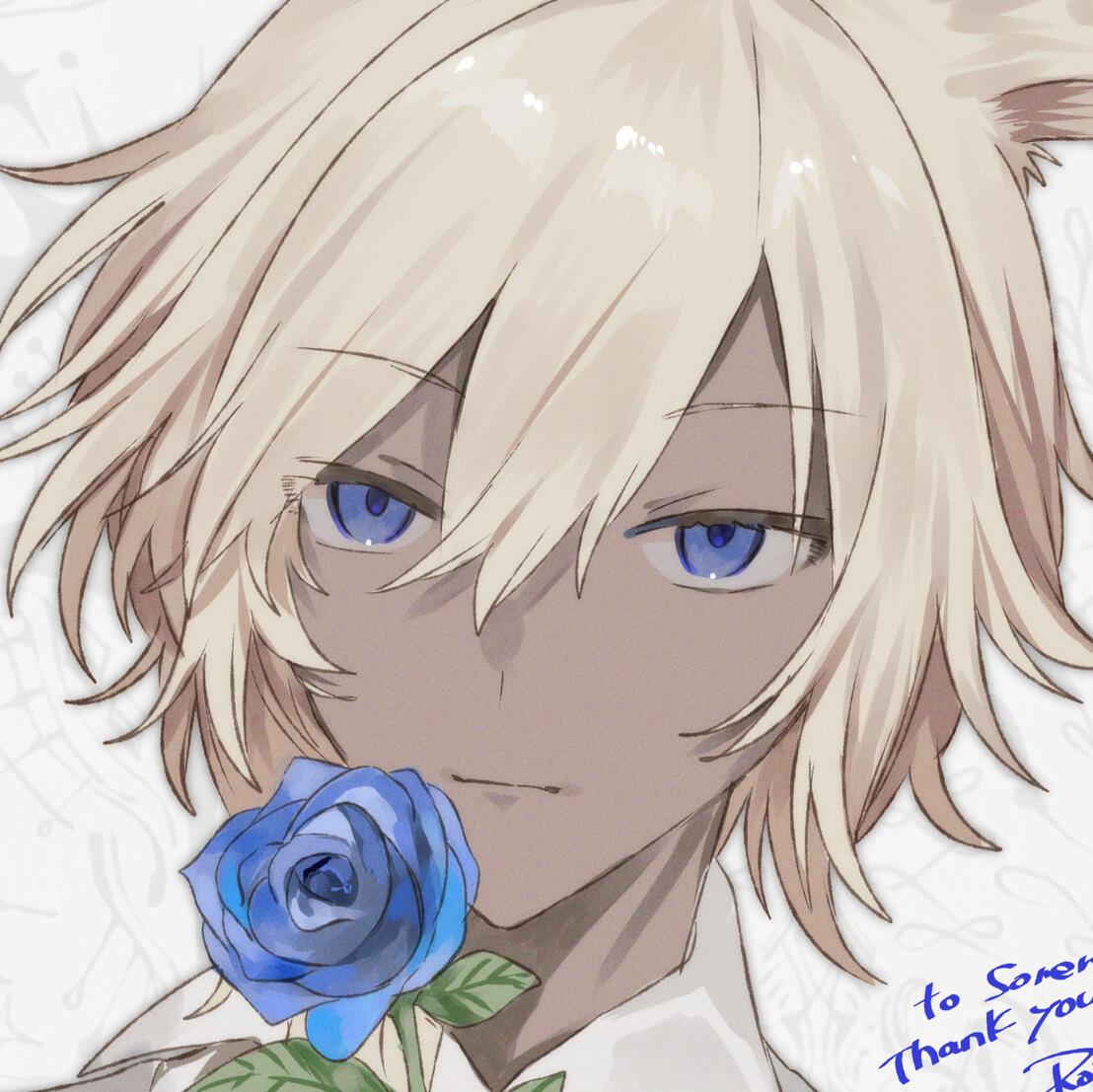 Originally a reserved, quiet girl from Sui no Sato. Her older sister practically raised her, showing her the love and affection their parents never did. When her sister becomes ill and passes away, there's no longer anything tying her to the place, and she leaves.

Sian wanders aimlessly for a time, no goals in mind and without a purpose to live for. She mindlessly haunts battlefields like a specter, throwing herself into fight after fight because it’s what she’s good at, and all she knows to do. Sian behaves with a worrying recklessness, not caring what happens to her or what injuries she sustains.

Sian wears a stoic outer shell, but underneath it belies someone a lot more emotional than you would think, like a fire burning inside. Sian keeps others at a distance, not wanting to let them in. Those that do manage to worm their way into her heart she becomes protective over, and would fiercely protect them. While more likely to play the straight man, she is known to have a teasing, almost playful side to her.

A mysterious masked wandering fortune teller known simply as Y'nagi.
Not born to a traditional miqote tribe, he was brought up by a merchant mooncat father and a scholar suncat mother with Sharlayan ties. He's not known to tarry too long in one place, always on the move, though he does have a fondness for Kugane.

Y'nagi has a sly personality with a foxy grin to match, making his thoughts and intentions hard to read. He enjoys teasing others, spinning word or mind games around them, but not out of malice. Y'nagi is someone who prefers to watch offstage, letting others take the leading roles. He often plays coy, passively goading others into doing things for him
while he sits back.

His readings are scarily accurate, but he leaves the potential meaning up to the listener, letting them choose what to do with the
information given to them.

A Lominsan gun for hire with a proficiency for escort and bodyguard missions. Eun started out by taking any oddjobs requested of her to earn coin while struggling to survive. She's very skilled with her hands and has clear nightvision, making her a perfect sharpshooter.

In contrast to her line of work and background, Eun is an easygoing sociable young woman. She can be seen as flirty and playful, a definite mood maker, but when the need arises she can draw the line and get serious. Eun refuses to toss away any gift given to her, regardless of its actual worth, greatly valuing any act of kindness shown to her.

Her favorite things can be listed as such: cute girls, money, and fish.

A doctor who runs a medical clinic hidden in the forest. Despite its out of the way location, it does see visitors as Kaine willingly treats any patient with discretion, no questions asked. He charges those who are able to pay up the full price, while treating those who are down and out more fairly, instead sending them on an errand or two for payment.

He typically doesn't like to meddle in others affairs but ends up giving advice or a helping hand anyway.

A woman whose past is made up of murky unknowns, obscured by Saeha herself. Sometime during it, she worked in a research lab for the Empire. Feeling weighed down and held back, she abdicates her position and now conducts her own research and experimentation
in her own privately owned lab.

Saeha has a cold, callous and analytical personality, valuing logic and facts over emotions, and is uncomfortable around displays of them. She may see herself immune, but she does have a short temper, and will get prickly if her possessions are touched.

Her moral radar is a little bit off in comparison to most others. There still is a part of her which clings to her original goal of wanting to improve things and help others that got overshadowed by the fervent scientific curiosity over time.

Casja was raised in a cult-like magus clan made up of Mhachi remnants, prepped to be the next head. Blessed with natural born talent she quickly developed her magical skills, and fought her way to freedom rather than simply lie down and become their puppet.

Casja is one to put on a sickly sweet smile, completely artificial. She can be arrogant due to her own strength, but it's not unfounded. She's self driven by her own goals, and would say that any good deeds done by her are merely coincidental.

Casja's lone bit of solace in her youth was music. In quiet moments of serenity she could be found playing the piano in a darkened room; a harp in a forest clearing, surrounded by birds and butterflies. This side of her is at odds with the fearsome mage seen in combat, leaving you to wonder which one is the real Casja.

Hailing from a lineage in Dalmasca, Lumine is a chivalrous and handsome woman. She's honorbound and sworn to serve others, but is far from being stuffy and uptight. Lumine is witty and charming with a flair for the dramatic, but can be quite oblivious at times. She's popular with women, but she herself doesn't seem to understand why, and wouldn't recognize someone flirting with her.

She's likes to engage herself in exciting activities, guilty of frequently sneaking off to the Saucer for gambling or betting on chocobo races.

A young stray who was taken in by an aged samurai who served as his father and teacher both. Vanya deeply respected and looked up to the samurai, holding his every word and teaching close to his heart. His treasured blade is a memento of the father figure he lost. Revenge propels him on a search to find who murdered his father.

Vanya doesn't do well in crowded populated locations, used to being alone for years. He tends to not be very honest with his emotions, a result of his lack of socialization.

Shard self of Y'nagi. She has virtually the same history
and personality as Y'nagi (or close enough
that it doesn't need elaboration.)

..This is simply a way of making her a real existing character
since I adore her.

Amaurotine original self of Y'nagi/Y'suna.
Perhaps he had a more active role in these times, but still maintained the same eccentricities as the current fragmented selves.
Astraeus held vast amounts of creation magic potential, on scale to being able to move the stars themselves. He was offered a seat at the Convocation, but ultimately turned it down.